The 8 Best Restaurants in Wyoming! 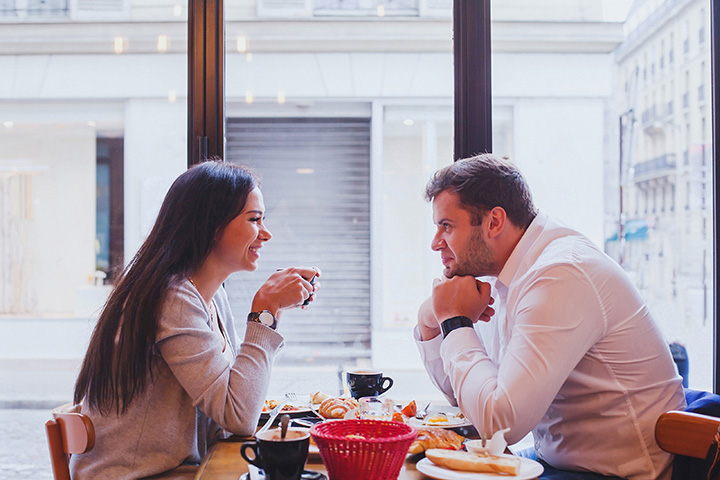 In broad strokes, the Wyoming food scene is of two spheres: Rural, rustic and unpretentious—the stereotypical view of the state—and the fancy, urbane, and sophisticated areas centered around Jackson Hole and the like. It’s this dichotomy of sprawling plains and suburbanization, rural and urban, that gives Wyoming one of its many charms. Below are the 8 preferred restaurants to goad the gullet.

Tacos are, and should be, the epitome of simplicity. Too much fussing around or over-complication and one might as well change the name. A Food & Wine Magazine “Best Tacos in America,” Pica’s is a great example of what Mexican food really is: Homemade, simple, with fresh ingredients, and liberalness with seasoning. And crucial to any top-notch taqueria, Pica’s makes its own tortillas daily. Favorites include the Baja-style fish tacos and an attractively-bloated burrito, swimming in salsa and kissed with crema.

Snake River Grill has lived for two decades in Jackson’s Town Square, a center of gravity for arts and entertainment in the resort region. With all the competition in the area, Chef Jeff Drew’s spot edges out much of the competition for it’s great wine selection—over 300 bottles—and a menu that’s simultaneously forward-thinking and Western-nostalgic. For the worldly and more adventurous, there’s the wild game hot-pot, a Rocky-Mountain version of the Chinese delicacy: Chewy ramen noodles with local venison and wild mushrooms. Or there’s the pristinely-executed comforts of steak, scallops and sharable small plates.

Nora’s has a great lunch special, but it’s the breakfast that’s so magnetizing. The brother-and-sister team has continued the traditions of their mother, particularly the eponymous trout and eggs. The heaps of quality carbs and protein are ideal cold-weather fuel, sure to keep the fire burning for a day of skiing, shopping or sleeping. And most guests, be they driving-up in Mercedes’ or riding-over on a bike, gravitate towards the huevos rancheros.

Another mountain-resort staple, Villaggio accurately conjures the casual, Mediterranean warmth of an Italian bistro. Translated as “village,” this restaurant both borrows from its location in Teton Village and invokes its welcoming vibe, as though one has happened upon a hip dining spot in rural Tuscany. Specifically, it’s an osteria, drawing from the word “host”—a diner is a guest in one’s home and almost always offered wine. Though open for three meals a day, the lunch and dinner are this bistro’s strengths. Not only are these delicious dishes relatively authentic— delectable, homemade pastas like fusilli with wild mushrooms—but the order of service, a facet often overlooked by most Italian-American restaurants, is real Italy: antipasti, pasta, meat course, salad and/or dessert. Buon Appetito!

It’s surprising to find a relatively flourishing Indo-Chinese community in Cheyenne and Laramie, against a backdrop of Western plains, pick-ups and rust-colored plateaus. Much of the West follows the same schema: Where there’s railroad, there’re workers from Southeast Asia. The eponymous Anong immigrated to Wyoming at the turn of 20th century, noticing an absolute dearth of ethnic cuisine. And what a welcome addition his cuisine has become. The decor checks all the right boxes for good Thai food: a nondescript exterior and an interior with trinkets and kitsch nailed to the walls: honest attempts to conjure the Motherland in a state that couldn’t be more different than Thailand. So, when in Cheyenne, escape to southern Thailand. Try a spicy salad of grilled steak and chilies, a green chicken curry with ginger and coconut milk, and the mandatory pad Thai.

Americans know meat and beer. And Texans know beef. And beer. That’s what Liberty is all about—a community spot for the excellent burger and a great beer (“grub ’n suds”). The restaurant hails from the Lone Star State—the mecca for the nation’s bovine addiction, and a breeding-ground for innovative and precisely-executed approaches to the protein. And the Jackson, Wyoming, location takes these obsessions to the next level, crafting a list of some behemoth burgers, and combines this with an attention to making a positive environmental impact (limiting waste, recycling, using local ingredients, etc.). Yes, Liberty has shakes and salads—and they’re great! But don’t dare visit without having a beautifully-grilled, responsibly-sourced burger, in any desirable flavor: Arugula & gorgonzola, ahi tuna, sesame slaw & wasabi, roasted poblanos and chipotle BBQ, or create an original.

Like neighboring Montana and Idaho, the snaking path of The Railroad sprouted Asian communities bringing with them their mothers’ recipes. Such is the case in Cheyenne. The staff at the Korean House is humble, friendly, and enjoy seeing guests devouring an exotic dish steeped in love and history. The tables are unadorned, the chairs and booths are minimal, and a Korean and American flag hang on the wall, aside a “Go Broncos” pennant and pictures of the menu items—all hallmarks of good ethnic cuisine. The food here is delicious and authentic. Highly recommended are the kimchi—a Korean meal isn’t complete without it—the spareribs, and the Bi Bim Bap, a heaping bowl of warm broth, noodles, carrots, zucchini, meat and a runny fried egg.

It’s almost gilding the lily: A Four Seasons Hotel and the incomparable ruggedness of a Teton ski resort. The Westbank Grill has an unfair advantage—if need be, the locale alone, and the elation the mountain-air engenders, would make just about anyone want to visit. But Westbank’s food is just as excellent as its surroundings. The supreme modern-mountain menu with delicious, precise dishes makes use of its enviable biosphere to full effect. The menu is approachable, yet refined, articulating the chef’s combining more recognizable (and delicious) relics of fine-dining menus with local mountain ingredients and modern obsessions with local, grass-fed and sustainable. Though likely to carry a hefty price tag, the experience writ large is indeed worth it: A flight of oysters, a mid-rare Wagyu New York strip steak, embellished with seared foie, Yukon puree and horseradish cream—believe it or not, they taste better aside the massive rock fireplace, throwing shadows on the lodge walls and across the faces of smiling diners.