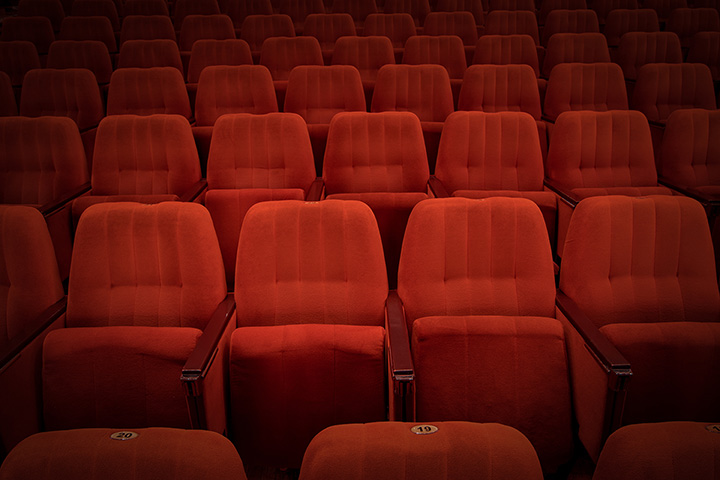 In the rural frontier, finding an escape to the world of arts and entertainment is vital. Nothing is as downright pure and enjoyable as live theater. The stage is the perfect escape. The theater scene in Wyoming, and throughout the burgeoning West, remains a revered aspect of life. Here are the 10 best places to see live theater in the state.

This complex, a labor of artistic love, emerged as the locus of creative entertainment. In the natural and financial bastion of the Jackson Hole area, both the appetite and resources for the arts are abound. Home to a host of non-profits, educational opportunities, and of course, live entertainment, this 78,000-square-foot campus resembles more of a small college than merely a venue. The auditorium for live theatre is particularly appealing: modern and clean, but nostalgic in its hominess and 20th century vibe. The genres and scope of acts run the gamut, so refer to the calendar for details.

The Pink Garter blends modern-West theatre house, hip burlesque-esque stagecraft and a primo craft cocktail program. As such, nights here are fun, loud and vibrant. Over decades, the music-centric venue has expanded its artistic dragnet to live theatre and the occasional comedian. During summers, the theatre is frequented by the more renowned traveling Western productions, interspersed with musicians, with community outings filling off-season and downtimes. But all that said, the focus here is raucous, general-admission style entertainment. So, be prepared to stand, and don’t be afraid to let loose.

The Art Deco, (now) retro marquee is an immediate indication of WYO’s intentions: regional theatre in an historic setting. Established as the Lotus in 1923 and closed in 1982, the building was rescued by the citizenry and renovated into its current landmark status. Thanks to this community contribution, the theater has reclaimed its former title of being the venue for live entertainment in Sheridan (and statewide, for that matter). So do the populace proud and partake. One will not be disappointed.

The beautiful theatre space is something out a Western-Modern architect’s dreams. The sleek leather-brown pallet arcs comfortable seating around a pristine pine stage. The wood plank walls both class-up the space and funnel sound to the audience. And despite all this professional styling, the space is surprisingly intimate: the farthest seat is less 150 feet from the stage. From music to academic speakers to live theatre, the Civic Center boasts a classy and acoustics-friendly atmosphere that both bolsters the show and allows the audience to lose themselves within it.

Originally an addition to a late 19th century church, the oldest of its kind in the state, the Gryphon is part of the Laramie Plains Civic Center. With a history of instruction and classes predating the University of Wyoming, this complex has been a breeding ground for creative expression and community participation, especially in live entertainment. From edgy comedians to Broadway-caliber Western musicals, this stage has had its share of creative expression. Add to its prime location and retro charm a singular historical status, and a show at the Gryphon truly transports the viewer far and away.

As is especially the case in the rural West, the university is the hub for arts and entertainment. In Laramie, U of W is a mecca of burgeoning young minds and a wealth of tuition cash flow. They’ve the resources, clientele and facilities for performances of all kind, be they several thousands for a Cowboys football game, or a recent incarnation of Shakespeare. The absolutely brand new Buchanan Center is pristine and laid-out for audience immersion. The “thrust style” stage juts into the seating, a la the rock arena concerts in which the lead singer can walk into the crowd.

This playhouse is the spot for the traditional Western saloon theatre show, immersing the audience in an aged Western bar, draped in lace and feathers and ringing with the pang of honky-tonk piano. In the oldest building in Jackson, guests dine in the stereotypical cowboy steakhouse atmosphere, entertained all the while by the house cast. Once a stable, then a Model-T dealership and mercantile, the Jackson Hole Playhouse is steeped in the region’s history, its confines serving as a cornerstone to the evolving economy and demands of the populace. With this steamboat-casino vibe, and jovial abandon akin to a Twain novel, plays here are first and foremost what they should be: fun.

Stage III blends two of the area’s best assets: a storied history and the activism of its community. To the latter point, all productions are publicly-funded and local through and through: actors, producers, directors, et al are volunteers. These “employees” embody, and embolden others to pursue, the preservation and production of the arts, via their plays and love of teaching the public. So, while one isn’t likely to find a million-dollar Shakespeare production, the passion and professionalism that exudes from a cast that truly loves their job is just as good (if not better).

Spawned from one of the oldest theatre groups in the country, this quaint venue has revolved around community theatre since 1930. With an impressive stage production for its time, the shows here wowed audiences and laid the groundwork for a successful public-centered theatre program that persists. The calendar is always full with both uber-local and nationally-renowned troupes, all continuing to support the overarching the venue’s two principles: celebrating creativity and enriching the community.

Similar to the chuckwagon hee-haws of centuries past, the shows at Cody Cattle Co bookends its theatre productions with authentic cast-iron cookery. Each evening, from 6:30-7:30, the venue erupts with the artist or cast of the evening. Acts range from raucous modern bluegrass four-pieces to comedic western plays. The “dinner and a show” approach provides a schema for a truly immersive evening, with the character of the show bleeding into the dining room, inevitably affecting the conversation bouncing from table to table.

P.O. Box 20087, Cheyenne, WY
Vision: Our vision is to be the CONSISTENT choice of all those seeking quality entertainment. Mission: The Cheyenne Little Theatre Players (CLTP... Read More

2706 East Pershing Boulevard, Cheyenne, WY
In 1958, on land owned by the City of Cheyenne, the CLTP completed construction of a studio designed by Frederic Porter. The studio included a scen... Read More

900 North Center Street, Casper, WY
About Us: Stage III is a non-profit, all-volunteer community theater that has produced over 100 shows since its start in 1980. In 2001, we moved in... Read More
Select a Wyoming town to find
the Best Things-To-Do and Places To Go around you